Considered a classic in both the house and techno genres, “Strings Of Life” is the most recognizable and well-known song in Derrick May’s repertoire. It is based on a piano sequence by May’s then-friend Michael James, and was originally at 80 BPM before May increased the tempo, chopped it up into loops, and added percussion and string samples. 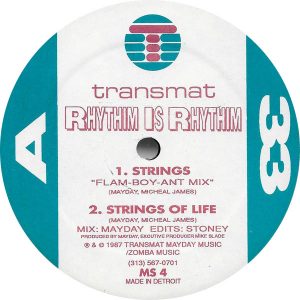