The sampled laughter on “Nude Photo” is from Yazoo’s (aka Yaz in the States) “Situation”.

Some copies came with a comic book by Alan Oldham entitled “Gambit and Associates” (issue #1). 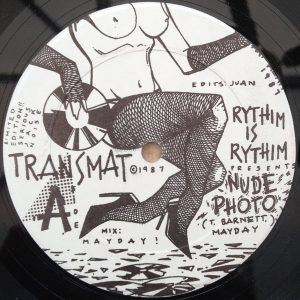